The more astute of you will have noticed* that raspberry cream cheese icing is not part of this week's Alpha Baker recipe for White Chocolate Cupcakes with Raspberry Mousseline. This week's baking adventure is a tale of shortcuts, go-arounds and straight out laziness. I had a lot of trouble finding the energy to make these, this week. Although I was spurred on by the thought of white chocolate and raspberry - one of my favourite flavour combinations. In the end I decided I could do the little cakes or the mousseline but not both. And since the mousseline is not a lot of use without cake to put it on, cake it was. [Actually, who I am kidding, I just didn't want to bother with all that sugar syrup palaver.]

My favourite icing is cream cheese icing which is incredibly quick and easy to make. I wondered (to google) whether I could make it in raspberry flavour and, lo and behold, other people had thought of it before me. With that stumbling block removed, I suddenly had the energy to whip up the little cakes.

In theory, with a simplified icing, these little cakes should have been quick and easy. I botched a few things which made it a little less than Q & E but they did turn out to be delicious. As long as they were eaten quickly, before the icing melted.

*That'll sort the sheep from the goats. 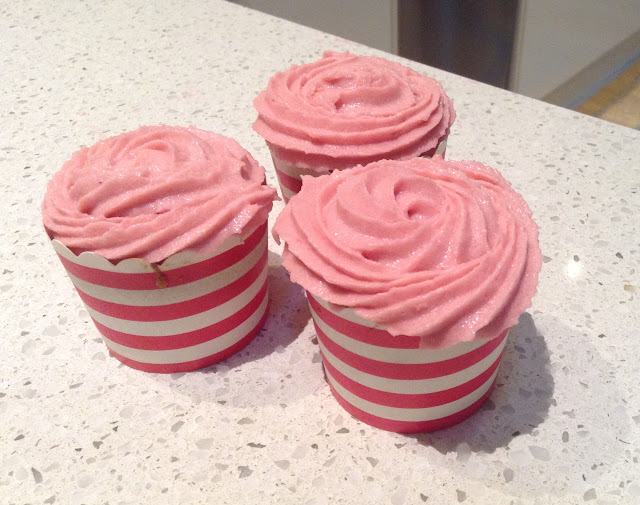 The cakes were simple to mix up in the standmixer, with Rose's usual method of mixing most of the wet ingredients first and adding to the dry. After 2 years cooking with Rose, I now usually measure the weight of the eggs rather than just going with the  number specified. I often find that my eggs are bigger than the recipe's estimation.  I forgot to do that this time with the egg whites and I think my mixture might have been a bit more liquid than it should have been.

I was too miserly to buy more than one block of white chocolate so I added a little bit of dark chocolate I had in the fridge. This made the cakes a funny tan colour but they still tasted white chocolatey.

The cakes came out all right (I don't seem to have any photographic evidence of this) although they took a long time to bake. This is possibly due to the thicker cardboard cases I used. I didn't even consider that when I bought them*. Ho hum.

*I was looking at their racey red stripes. 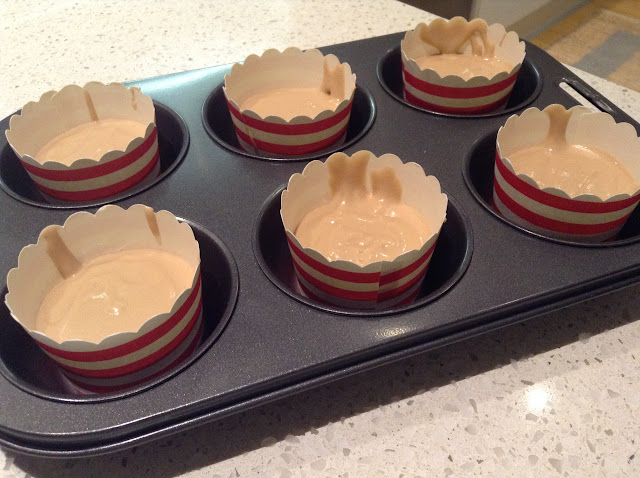 I made the raspberry sauce early in the week. I started off on the right track but after 10 minutes I found that I just couldn't be mucking around with raspberries and sieves, and separate cooking of syrup, and blending of raspberries etc. So I put all the ingredients in the pan and simmered it for a while, then sieved it all. Probably not the perfect product that Rose's would be, but raspberry puree all the same. And it left me with a modicum of sanity. 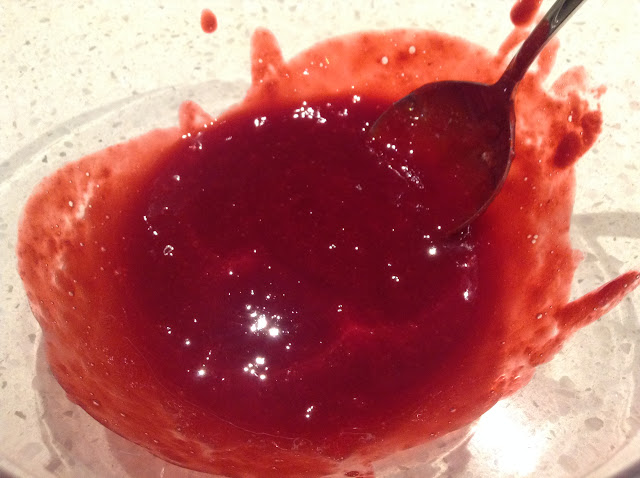 Which I then completely lost on the cream cheese icing that was meant to be easy. I ran out of icing sugar (late last night) so had to make some in the processor. Still, I didn't do a very good job and the icing tasted a bit sugary to me, so I added some more raspberry puree, and then it seemed too liquid, so I added some more badly made icing sugar, then some more cream cheese and...you get the picture. In the end it tasted nice but was still a bit runny. It just held together enough for me to pipe it, after a night in the fridge.

To me, piping is just an invitation to slather icing or cake mixture up your right arm, this being the common result for me of any attempt at piping. However this time I secured the icing bag with one of those Ikea bag clip things which kept it more under control. I wasn't unhappy with my efforts, given the heat of the room and the runniness of the icing. Most of the attraction of these little cakes was in the beautiful pink icing so it was good to be able to replicate this is in some small way.

I'm planning to take these to Misia's 3rd birthday on the weekend. Misia is a cocker spaniel and will not be eating the cakes (if I have anything to say about it). And to solve the heat (it's VERY hot and humid here at the moment) and the already runny icing problems, I'm planning to serve them frozen. We Alpha Bakers are very resourceful and resilient. 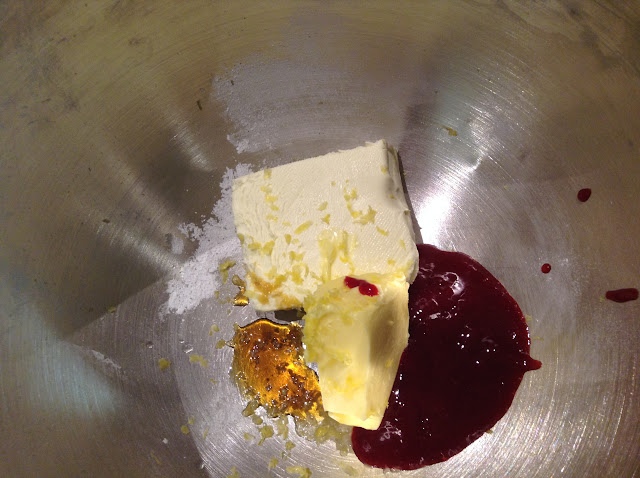 Next (and the penultimate) week for the Alpha Baker's bake-through of The Baking Bible is Luxury Chocolate Buttercrunch Toffee.
Posted by Unknown at 14:19