Ha ha! I found some gooseberries, or stachel-beeren, as the jar called them, to make this week's Gooseberry Crisp. The Alpha Bakers all had trouble finding these elusive berries and it was just luck that my local gourmet grocery shop had them in jars. Not quite the same as the fresh berry but gooseberries all the same.

I wasn't sure what a 'crisp' was but the photo in the Baking Bible looked a lot like the 'crumble' that I'm familiar with (i.e. fruit stew with a crumble on top). One $10 jar of gooseberries only yielded 300g of berries so I made half the recipe for the fruit stew (I thought shelling out $20 would be going a bit far for this homely dessert). The crumble was such a small amount that I made the full recipe...and I could have made double that. It's not that I'm addicted to sweet, processed simple carbohydrates but there was NOWHERE NEAR enough crumble for my crisp. I'm assuming, being too lazy to google, that the crisp refers to the thin crisp layer on top of the fruit. 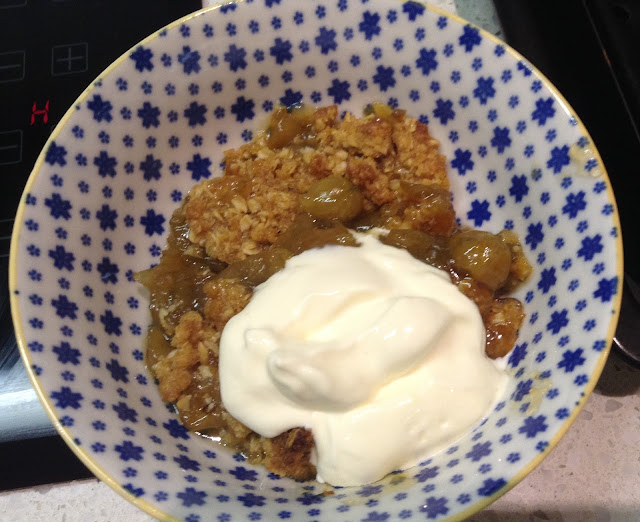 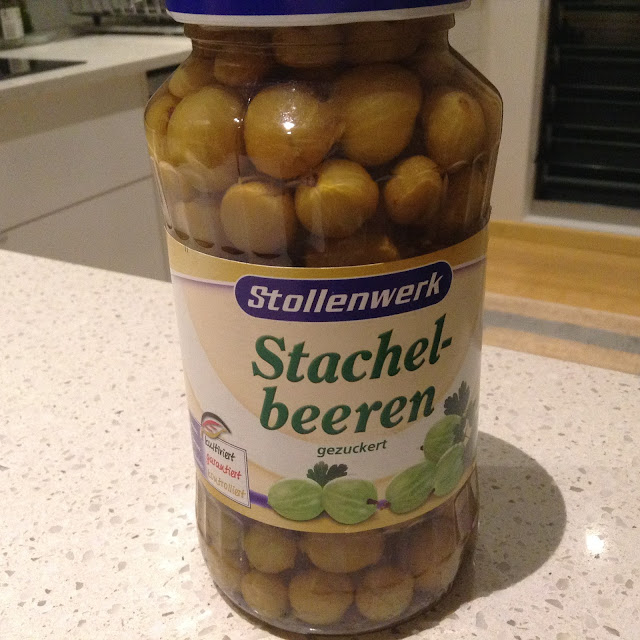 I was a bit put-off by the slightly slimy look of the berries (childhood is never that far away). I tasted one and it was soft and gooey but nicely tart also.  I was still happy they were going to be stewed in a sugar and lemon syrup. I threw the syrup from the jar away. 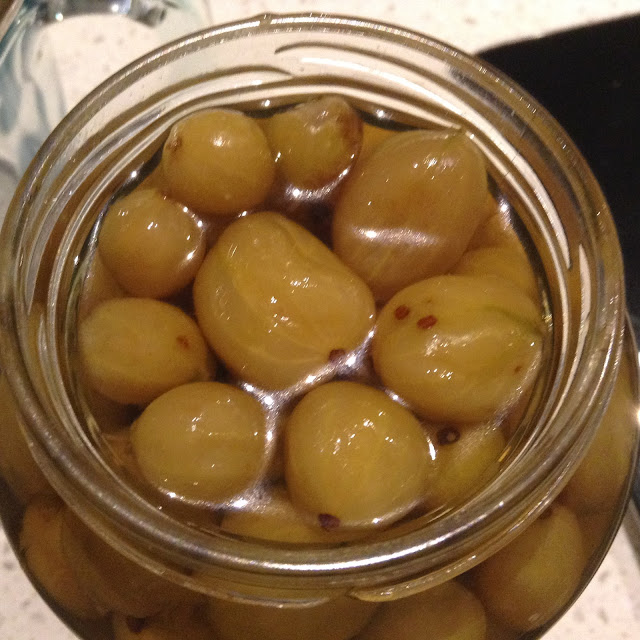 Berry soup anyone? The berry stew did look very liquid but it held two secret weapons. One was a tablespoon of cornflour and the other was a brown sugar and butter syrup, simmered until it was quite caramelly. Rose just can't resist adding a caramel flavour wherever she can. Just as well I wasn't required to make toffee or there'd be a whole lot of complaining going on right now.

The caramel syrup also had quite a lot of lemon juice. It was really the most delicious syrup. I couldn't stop licking the spatula. It was lucky there was a lot of lemon in the recipe since the berries had been steeped in syrup in the jar. I should have taken that into account when making the stew and the crumble but instead I followed the recipe like an automaton. That's what a day of work does to you. 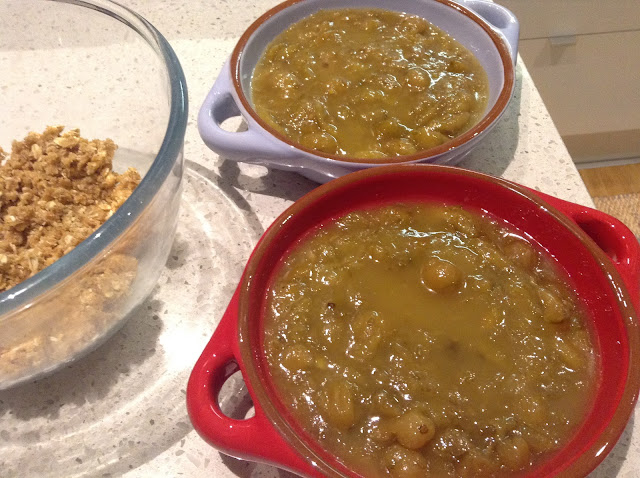 The crisp was certainly really delicious (especially with a large dollop of cream) but I'm not sure I could really taste the gooseberries that much - maybe because they were preserved rather than fresh.  I also found the final product a bit sweet overall (refer above re robotic cooking) but also with touches of tartness interrupting now and again. A really intriguing dessert. Maybe when I visit my parents for Christmas in colder, temperate southern Australia, I'll try out the crisp with some of the gooseberries on their gooseberry bush which usually sits lonely by the compost heap, with only the chickens as fans. 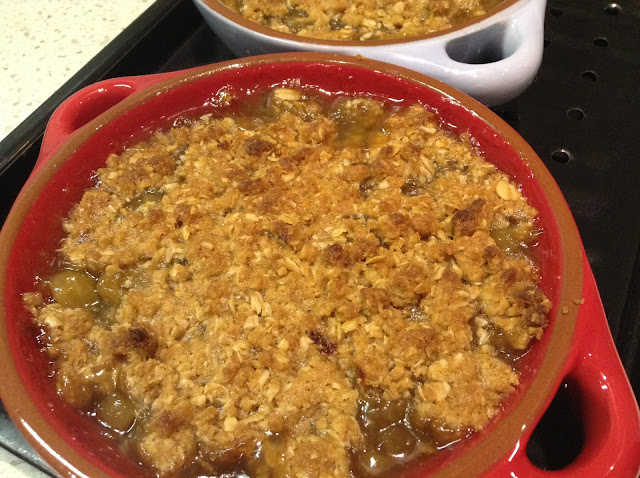 Next week we're making MORE CRUMBS! In the form of coffee crumb cake muffins. Mmmm
Posted by Unknown at 21:33