You can't fault a recipe for biscuits that are baked for the sole purpose of sandwiching ice cream. I mean, I still don't really get the bother of an ice cream sandwich. There's no question that they're delicious but you can get the same effect with the old dinner party favourite of homemade ice cream served with a nice (usually crunchy) biscuit or two. I suspect ice cream sandwiches might be more of a thing in the US. Here they're just something you can buy at the shops if for some inexplicable reason you don't feel like a Magnum.

Inexplicability aside these are easy and delicious biscuits to make, although there is a bit of messing around with cooling periods so the mixture firms up enough to form into a roll. They are my favourite black cocoa-y type of chocolate biscuits. They could even stand being a little less sweet. That may be because I used ice cream called 'chocolate obsession' to sandwich them together. Something with more contrast and less chocolatey bits, such as coffee or strawberry, might have brought out the more bitter cocoa taste I was looking for. 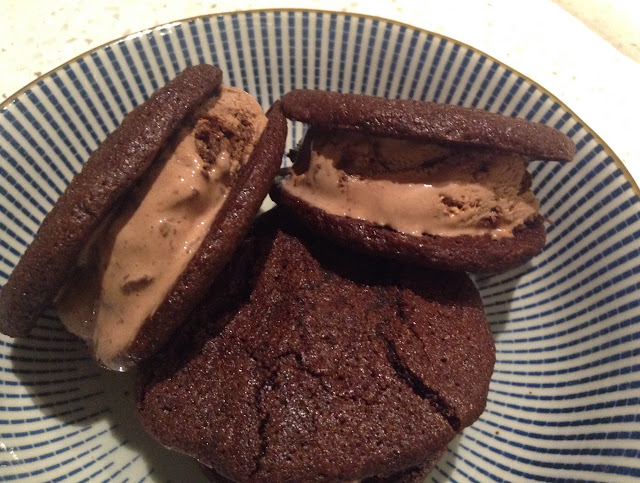 The biscuit dough was more the texture of cake dough before going in the fridge to firm up. And it was delicious (no salmonella worries here, that I know of...). 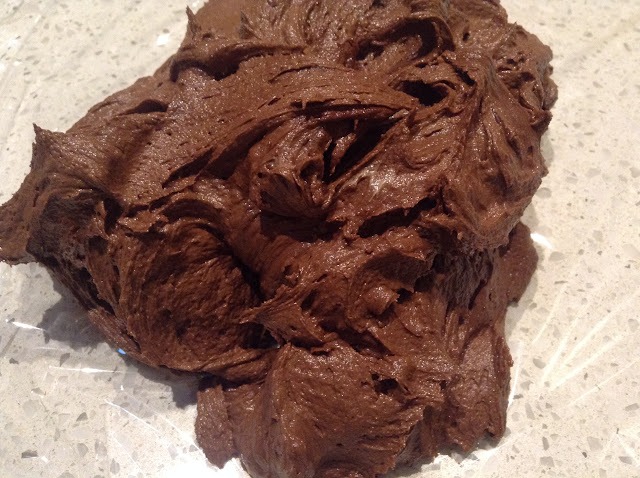 After firming up in the fridge the dough is cut up and rolled into four rolls. In my kitchen this entails getting chocolate smears on everything in a metre radius. And if you squish the roll enough it looks almost cylindrical. 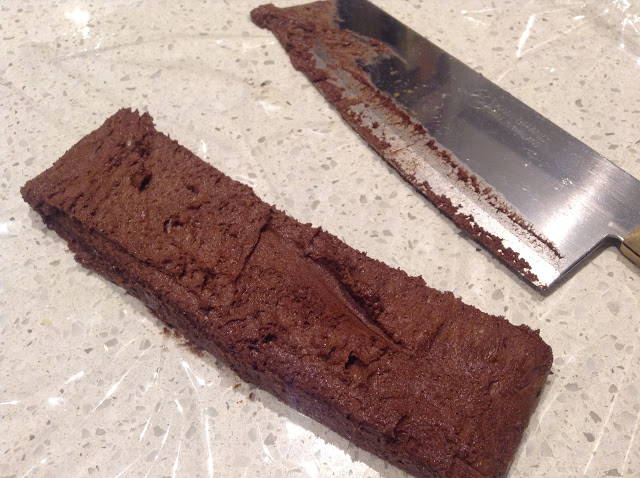 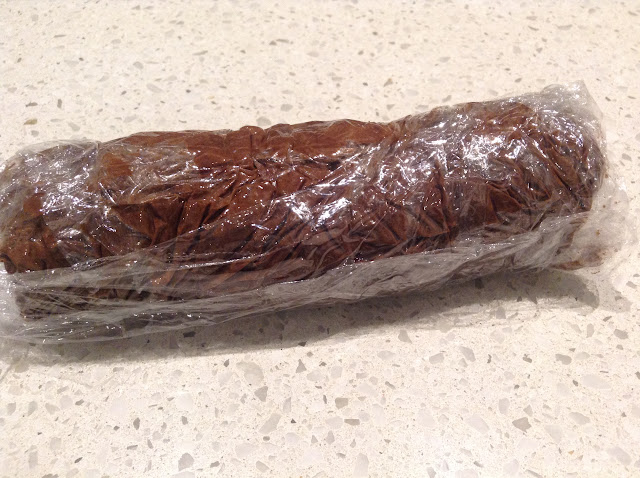 I made a rather pathetic and lazy attempt to follow the 'put the dough in a cylinder' instruction. I found a plastic barrel from my biscuit maker thingy and put the dough in that to try and keep the circular shape in the freezer (even though it was a bit large). Actually it seemed to work. 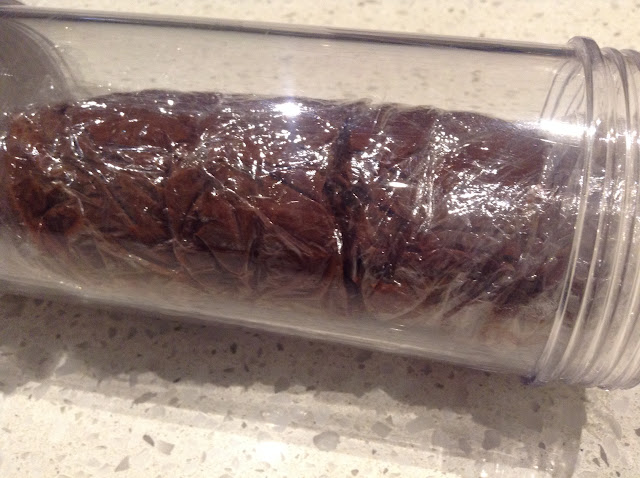 My biscuits were quite soft in texture once baked. I was expecting them to be crunchier. I also might have cut mine a bit thinly in the first batch so I might try them slightly thicker next batch. Lucky I have three more dough rolls in the freezer. Which is also bad because it's just willing me to pop to the shops for some more ice cream. Perhaps coffee this time? 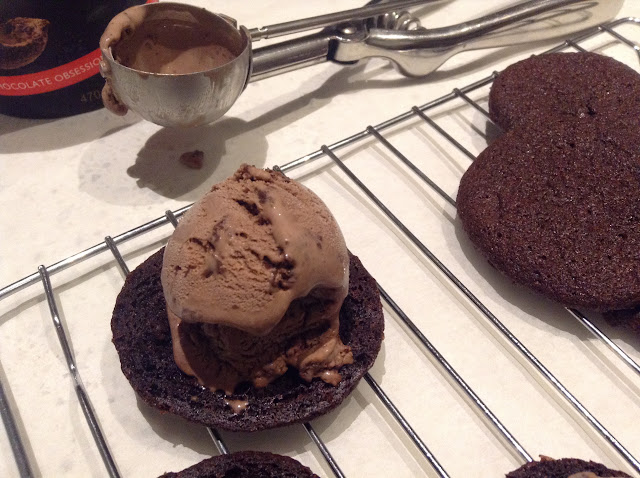 Next week we're making something with gooseberries. Which is going to be interesting because they're not the easiest berries to track down. Barring some sort of shopping miracle, mine are going to be in a glass jar, I think.
Posted by Unknown at 07:39