The Alpha Bakers' Bread Bible project for May was Blueberry muffins. I made raspberry muffins because I'm not that fond of blueberries. These were great muffins - light and delicious with a bit of a tang from the raspberries in contrast to the sweetness of the cake. These are definitely on the make again list. In fact I would have made them several times recently except that I (luckily) don't usually have sour cream in my fridge. 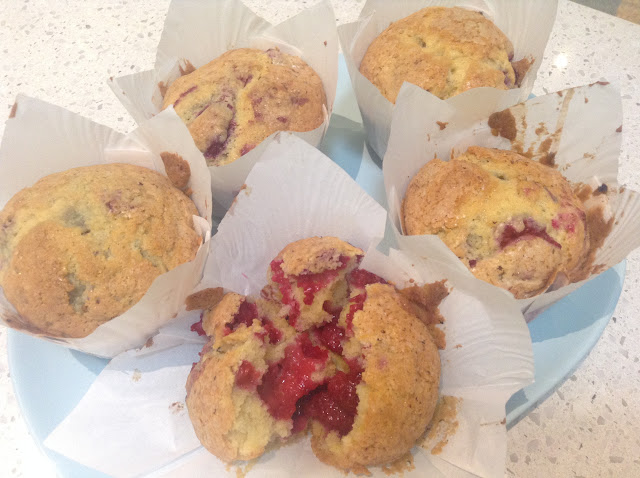 The recipe only makes six muffins so if I made them again I'd at least double it. But since it was such a small amount I creamed the butter and sugar with a wooden spoon, as the recipe suggests. It wasn't that difficult but while I was doing it I thought of all the cooks pre-mechanisation, who used to to whip up large cakes by hand. They must have had some big arm muscles. No need for the gym. 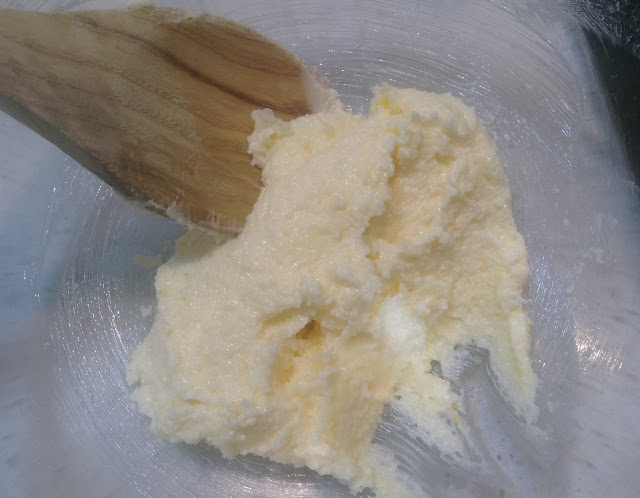 The cake part of the mixture was truly delicious - possibly the influence of the sour cream? I used frozen raspberries which worked out fine despite some of them being a bit icy. I love the colour of raspberries, or any berry really. It's not only the birds their bright colours attract. 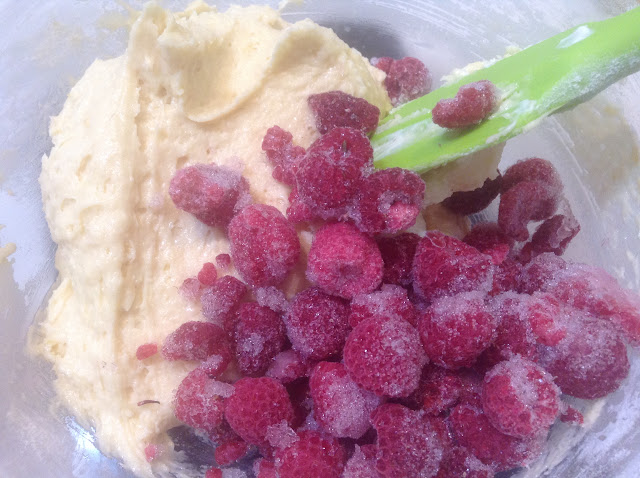 I found some shop-type paper cases in the supermarket which were very easy to use and looked quite nice. I have some left over which need using up...muffin anyone? 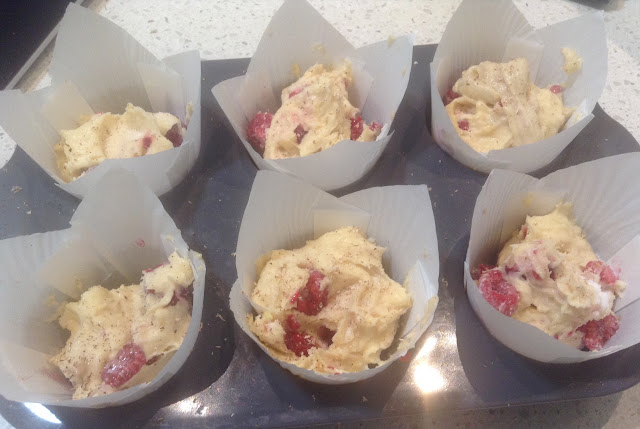