Where's the cream cheese icing? the ingrates at work whinged.

It's Carrot BREAD, I retorted, NOT cake, so NO icing.

Well they're my rules anyway and I'm sticking to them. Rose does mention the possibility of icing in the recipe but really it doesn't need it. Even my workmates had to concede this is a highly moist and delicious bread. 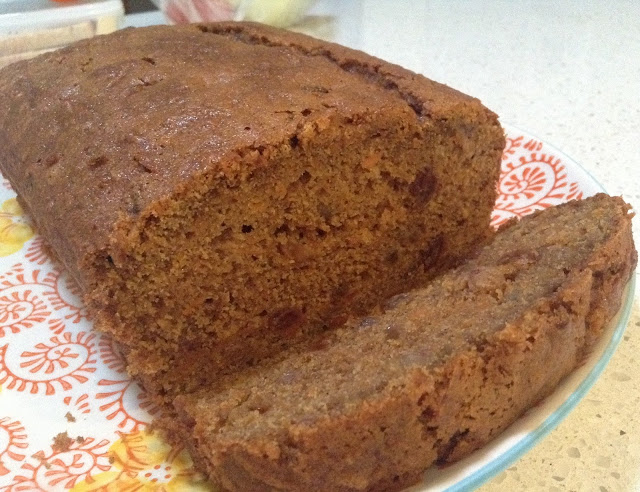 This quick bread has a lot of carrot in it which is my only complaint. Not the carrot itself (which I love) but the grating, which I did manually. Until you try it you don't realise how much carrot flings itself around when you grate it. I had it stuck to everything including the laptop - which makes a change from the usual liberal dusting of flour (the screen now has a very grainy feel to it). Not to mention the film of grease over the iPad screen from oil spray drift. 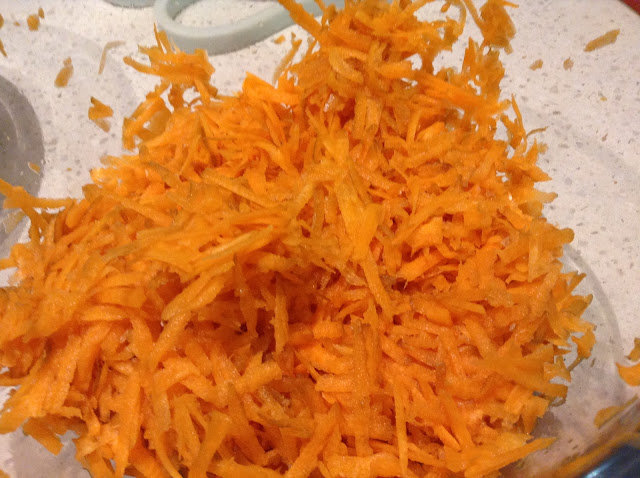 This recipe is definitely quick and easy. Basically you mix the wet and dry ingredients separately and then in together, then add the carrot and sultanas. I didn't have turbinado sugar (I never have turbinado) so I substituted light brown sugar. Then I didn't have enough of that so I substituted dark brown sugar as well. So you can see my cake is a bit darker than it might otherwise have been. 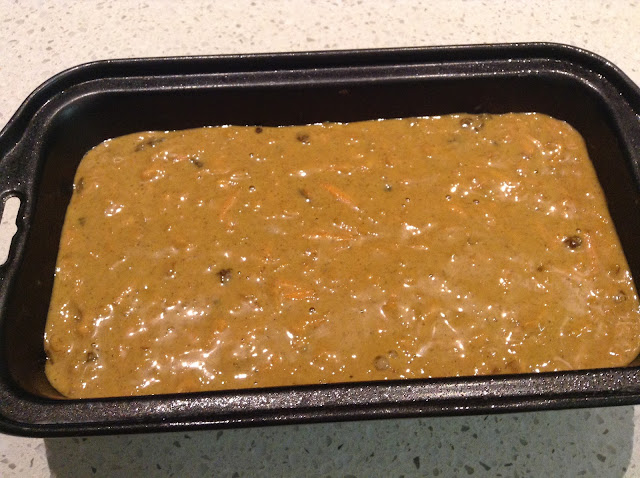 I tried a piece at home with butter, because that's how you're meant to eat sweet quick breads, people. I took the rest to work because we were celebrating International Talk Like a Pirate Day*. Arrrrr

*I might not have taken it at all if I'd know those scurvy sea dogs were going to complain. 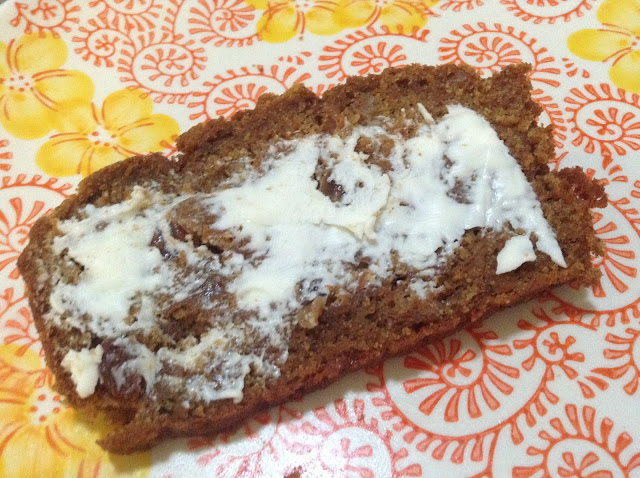 I've skipped the Potato Bread which is on the Bread Bible Bakers schedule (possibly for sometime back in July) but I'll be back to that in the next post.
Posted by Unknown at 16:22